How to Create a Branch in GIT? 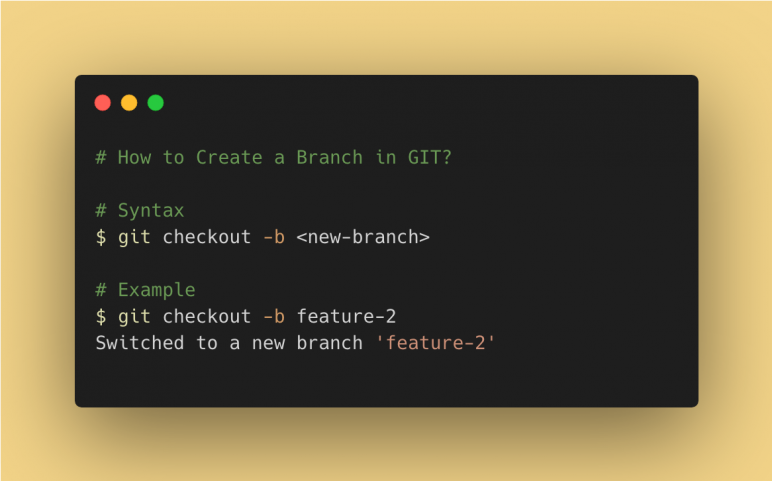 Whenever you start developing a new feature you must start with creating a new branch git. This way you separate your feature changes from other branches.

A new branch can be created with the ‘git checkout’ command with ‘-b’ and a new branch name as arguments. This will create a new branch from your current branch.

But if you don't want to create a new branch from the current branch then you can also pass the base branch as an argument.

This new branch can be merged back into the other branch once the feature is completed.

Create a GIT branch from the master branch

Let's take an example, you want to create a new feature branch 'feature-2' from the master branch.

First, make sure your current git branch is the master branch. You can check this by running "git branch" or "git branch --show-current" commands

If not, then make sure to checkout the master branch.

2. Run "git checkout" command with "-b" and feature branch name

You can also verify your new branch by running the ‘git branch’ command.

A GIT branch is not the only source for creating a new feature branch. A New GIT branch can also be created from commit SHA, a tag, or a remote branch.